Free pick-up from store - FREE
Pick up location Factory 5/411-413 Old Geelong Road Hoppers Crossing, VIC 3029 This item exceeds the maximum size limits required for a courier delivery. If the item you require falls in the large/bulky item range we can arrange a quote for you and get the best price to reach your destination. If you find the freight is still to high you are under no obligation to complete the original purchase. Call us on (03) 9360 9344 or email susan@simplyhydroponics.com.au with your query.

A highly concentrated hydrogen peroxide in a stabilised form.  Helps prevent disease and adds essential oxygen to hydroponic solutions.  Oxy Plus can be used in all hydroponic growing systems and with all growing media.
Oxy-Plus contains 50% Hydrogen Peroxide (H2O2) in a stabilised form. H2O2 is highly oxygenating in action. It is a chemical which is fundamental to life itself, participating in many of the metabolic processes in plants and animals. When added to the nutrient tank it will quickly break down into pure water, releasing the extra Oxygen ion into the solution where it can be taken up by the roots in much the same way as nutrient ions.

In plants the extra Oxygen provided will massively stimulate protein production at the cellular level. This will greatly enhance the photosynthetic process, leading to bushier plants with larger leaves, thicker stems and shorter internodes. Plants will be stronger and leaves will be darker, thus collecting light with greater efficiency and further improving photosynthetic response.
Oxy-Plus has many applications in the greenhouse or growroom. It can be used to improve germination of seeds and to increase strike rates of cuttings. It can be added to the nutrient tank and also used as a Foliar feed. Finally it can be used at the end of the season to disinfect the system and to clear out decaying organic material from growing media. 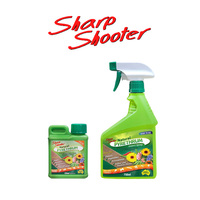 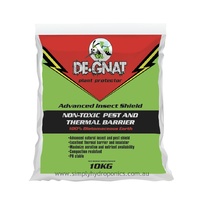