Ready To Use Spray

Sharp Shooter Natural Pyrethrum Timed Release Insect Spray acts as both a contact kill and also as a slow release due to the microcapsules of pyrethrum to keep on killing and controlling insect pests for longer.

NATURAL PYRETHRUM oil is extracted from the Pyrethrum daisy and been used as a natural insecticide since the early 1900’s. It has been proven to be one of the most environmental friendly low toxic insecticides as there is virtually no residue. Application at sunset is most effective as the product may break down in direct sunlight. Insects cannot build up immunity because of the complexity of its natural molecules. It is an effective contact insecticide with immediate knock down and controls a wide range of insect pests. It is very safe for humans on fruit and vegetables as it only has a one day withholding period.

Ready to use straight from the bottle. 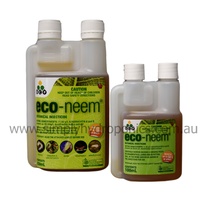